Which Driver Is To Blame In Left-Turn Auto Accidents? 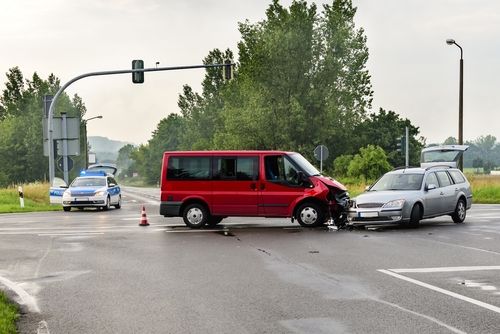 Accidents frequently occur when drivers are making left-hand turns. Turns like these take them across the flow of traffic, which can increase the likelihood of collisions.

Most people naturally assume that the driver who is turning left is to blame when accidents like these occur. By law, they are required to yield the right-of-way to oncoming traffic. Logically, then, it would seem like they were at fault if an accident occurred. As it turns out, however, that isn't always the case.

Drivers who are making left-hand turns always have to wait for the other traffic to clear before completing their turn. Based on that, it naturally would seem as if the driver who was turning was the one responsible if an accident occurred. In many cases, that is true.

For instance, if a driver is turning left on a green light and they don't see an approaching vehicle, they could accidentally turn in front of them or into the side of their vehicle, causing a collision as a result. In this case, the driver making the left-hand turn is definitely to blame since they should have yielded to the oncoming traffic.

Things can also get a little bit tricky if the other driver who was involved in the accident was driving in a way that was negligent or reckless. For instance, if the driver of the other vehicle was intoxicated and was exceeding the speed limit, they most likely would be considered at fault since their negligent behavior caused the accident to occur. The driver turning left may not have had time to stop before their vehicle arrived at the intersection, resulting in a collision. In this case, the accident was caused by the other driver going too fast – not by the driver turning left failing to yield the right-of-way.

It is difficult to gauge how long it will take for a vehicle to reach an intersection if the driver is exceeding the speed limit. As a result, the driver turning left may have assumed that they had more time to complete their turn, which is why the driver who was speeding is usually assigned blame.

This should give you a better idea of how the authorities figure out who was at fault in left-turn auto accidents. While it is easy to identify who is to blame in certain accidents, others are a lot more complex. The police will usually analyze the accident scene carefully, trying to reconstruct what happened. Based on their findings, they will then determine which driver is responsible for causing the accident to occur.