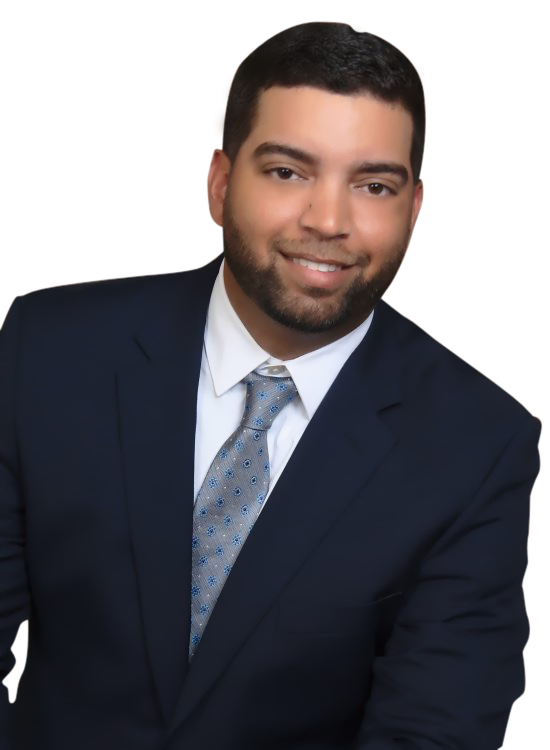 Call Us Today For A

Loved ones who enter nursing homes in the Miami, FL area are expecting that they will be treated with care and respect. The United States, especially through Medicare and Medicaid, spends huge amounts of money for this to be achieved. However, the frequent accounts of nursing home neglect and abuse are a clear indication that failure to deliver these aims is very pervasive.

Although juries and courts have a tendency to be sympathetic to residents of nursing homes who have been killed, neglected, or assaulted by their caregivers, this doesn't make up for the horror and terrible treatment that is experienced by victims and their families. Our Miami nursing home abuse lawyer at Beharry Law Firm fully understand the horrors that are experienced by loved ones and their families since they is the leading elder abuse attorney in Miami who is ready to help. Talk to a Florida nursing home abuse attorney today with your free case evaluation.

The National Council on Aging has provided data that shows an estimated one out of ten Americans over 60 years old have experienced some type of elder abuse. Some estimates state that up to five million elderly people in this country experience abuse every year. Unfortunately, most elderly abuse cases do not get reported to the right authorities.

There are different kinds of nursing home abuse that may arise that affect the disabled and elderly. Information provided by the Centers for Disease Control and Prevention (CDC) shows that they list a number of different forms of abuse that commonly occur in individuals over the age of 60. Below are some of them:

This form of abuse happens whenever an elderly individual experiences death, distress, injury, or pain due to the use of force being used intentionally against them. It can include shoving, kicking, burning, slapping, punching, hitting, etc.

This is an absolutely abhorrent form of abuse and involves any kind of unwanted or forced sexual encounter with an elderly individual inside a nursing home. It can include any kind of sexual contact, which includes penetration in addition to sexual harassment and other forms of non-contact behaviors.

Abuse is not always sexual or physical. There are different forms of nonverbal and verbal behaviors that may inflict anguish, fear, distress, and mental pain on an elderly person. It can include isolation, disrespect, humiliation, harassment, as well as non-verbal and verbal threats.

Whenever a nursing home facility does not meet the basic needs of an older adult that is considered to be neglect. It can include failing to provide basic medical care, hygiene, shelter, clothing, food, and water.

People in positions of authority at a nursing home will often have extensive access to elderly people's finances. It can include their pension information, Social Security numbers, bank account information, etc. Whenever there is unauthorized, improper, or illegal use of an elderly individual's belongings, property, or money, it is considered to be financial abuse.

Laws have been passed by both the federal government and Florida to protect residents of nursing homes. The Adult Protective Services Act (APSA) in Florida protects vulnerable individuals from nursing home exploitation, neglect, and abuse. The statute allows lawsuits that seek damages for the injuries that have been caused due to the law's provisions being violated. Suits may be brought against any enterprise and person who has been hired to care for a vulnerable adult. However, it has been amended to specifically exempt physician assistants, nurse practitioners, podiatrists, and physicians.

The Federal Nursing Home Reform Act (NHRA) covers nursing homes that receive Medicaid or Medicare money. A set of rights are provided for residents of nursing homes and standards of care for many areas are established including things like bedsores, restraints, and nutrition. Residents are not allowed to sue for violations of these standards, but an experienced elder abuse attorney in Miami can still establish that NHRA has been violated by the facility which is an indication of the negligence of the facility.

In the Miami area, in most nursing home abuse situations, there are two kinds of damages that can be claimed by plaintiffs - non-economic damages and economic damages. They may include, but are not limited to:

When attempting to obtain compensation for these types of cases, individuals may be working on a lawsuit covered by the Adult Protective Services Act (APSA). This act specifies which damages may be awarded to victims of abuse. However, if the abuse results in a loved one's death, damages may not be recovered under the APSA for loss of human life's inherent value. Family members will need to file a wrongful death claim in court in these situations to recover damages.

First of all, the failings that result in the injuries of nursing home residents involve staff:

Being understaffed; having the best policies possible will not keep residents protected if the facility does not have enough staff members to get all of the jobs done that need to be completed

Hiring staff members who have histories of nursing home violence and abuse, either by not checking thoroughly or not checking at all

Insufficient training; even when staff tries to do their jobs properly and might be capable, they may not have been taught what actually needs to be done

Inadequate monitoring and training; without this, incompetent and abusive staff are not identified and disciplined.

Inattentive staff; signs that residents are injured or in distress are not reported or missed

Other common failings include the following:

When these typical nursing home failings are examined, it is seen that nursing abuse does not usually occur within a vacuum. Even if nursing home residents are only being abused by one or two staff members, there is normally some type of systemic problem in the background at work that allows abuse to occur. For example, as noted earlier, inadequate training and hiring practices and being understaffed frequently contribute to Miami area nursing home abuse.

It all begins at the top.

Nursing home operators and owners need to take the steps to make sure their facilities are staffed properly by trained employees. Unfortunately, they often don't have an incentive to do this. Ultimately, nursing home operators and owners tend to try to save money whenever they can. If that means only hiring half of the number of staff members that are needed that is typically what is done. If it means not making sure the conditions of the premises are safe for the residents, shortcuts will often be taken by owners of nursing homes.

Not all nursing home operators and owners are negligent of course. The Miami area definitely has some good nursing homes. It is critical to make sure that your loved one is in a facility where the staff genuinely cares for the needs of residents.

Recognizing the signs of Miami nursing home abuse can be very difficult. In reality, many of the symptoms and signs that we have discussed that relate to abuse can also be common problems that arise as people age, especially those who are cared for by others.

Along with these physical symptoms and signs of abuse, it is critical to note that the effects of psychological and emotional abuse are usually not visible. In these situations, you cannot rely on abuse victims to report abuse. It is also important to observe whether any unusual behavioral changes have occurred. It may include an elderly individual out in uncommon ways, acting fearful around certain staff members, general lethargy, etc.

Cases of nursing home abuse are highly specialized, very emotional, and rely on what can be proven. The Beharry Law Firm nursing home attorney in Miami has successfully managed these types of cases. They achieve fair out-of-court settlements whenever possible but will take a case to trial when it is necessary. Our firm's Miami nursing home lawyer know how difficult these cases are for victims' loved ones. We take great care to keep our clients informed of the status of their cases and prepare them for the steps that need to be followed.

If you are in an emergency situation, you should dial 911 immediately to inform law enforcement officers of what is occurring. When it comes to ensuring your loved one's care and safety at a long-term care facility or nursing home, it is much better to be safe instead of sorry.

If you have questions concerning whether or not there have been any violations at a certain nursing home or long-term care facility, the Medicare website can be used for comparing nursing homes. You can examine those that have any major violations reported over the past year. On this website, you can see ratings for your area's nursing homes that are based on the five-star rating system. Also, if the nursing home has a red circle and a hand in the center, that means that within the past year this nursing home was cited for abuse.

If you have found out that your loved one has been abused at a nursing home in Miami, you need to find a skilled attorney to help you as soon as you can. Beharry Law Firm can help you fight for compensation in a complex nursing home abuse, wrongful death, and injury case throughout the state of Florida. Our team is fully prepared to step in and help make sure that your loved one is cared for properly throughout the entire process. That includes working with the nursing home, Adult Protective Service officers, law enforcement officers, and others to make sure your loved one is in a safe situation and is properly taken care of.  Our goal is to ensure that your family obtains the compensation you need for your loved one's continued care. You can get in touch with our nursing home abuse lawyer in Miami by calling us or filling out our contact form located on the contact page.